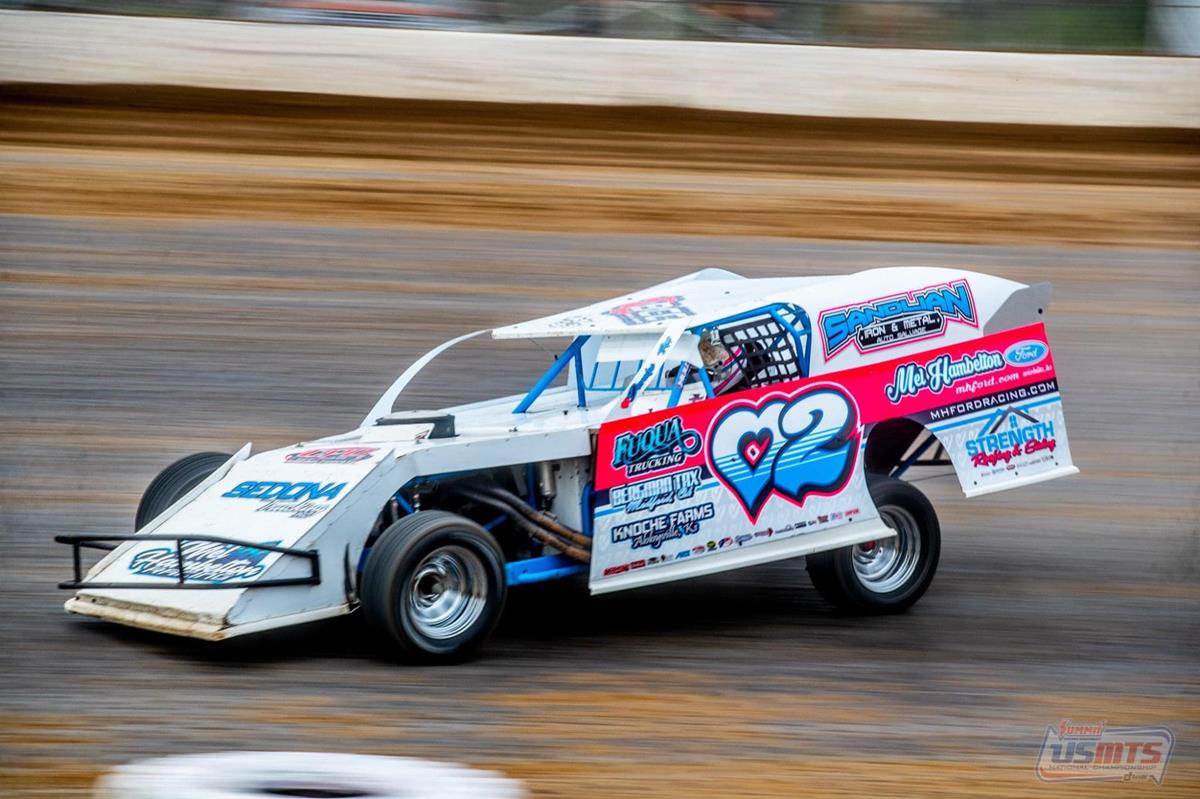 With 45 cars packed into the pit area, Tanner followed up a fourth-place finish in his heat with a consolation victory. Starting the opening night feature in 14th, Mullens was ran over by another competitor that resulted in an early exit.

On Friday afternoon at Humboldt Speedway (Humboldt, Kan.) for the 16th annual USMTS Summer Fling, Mullens timed in fourth-fastest in his trial group before picking up a heat race win. With $7,000 on the line in the feature, Tanner chased race-long pacesetter Dereck Ramirez to the checkers in the 42-lapper with pole-starting Terry Phillips finishing third.

For the Slick Mist Show-Me Shootout on Saturday at Lucas Oil Speedway (Wheatland, Mo.), Tanner outran Zack Vanderbeek in his heat to pick up the eight-lap victory. Starting the $10,000-to-win A-Main in sixth, Mullens inched forward one spot to register a fifth-place finish. He trailed Dereck Ramirez, Darron Fuqua, Dustin Sorensen, and Tyler Davis to the checkers.

Tanner remains in second in the latest USMTS point standings.