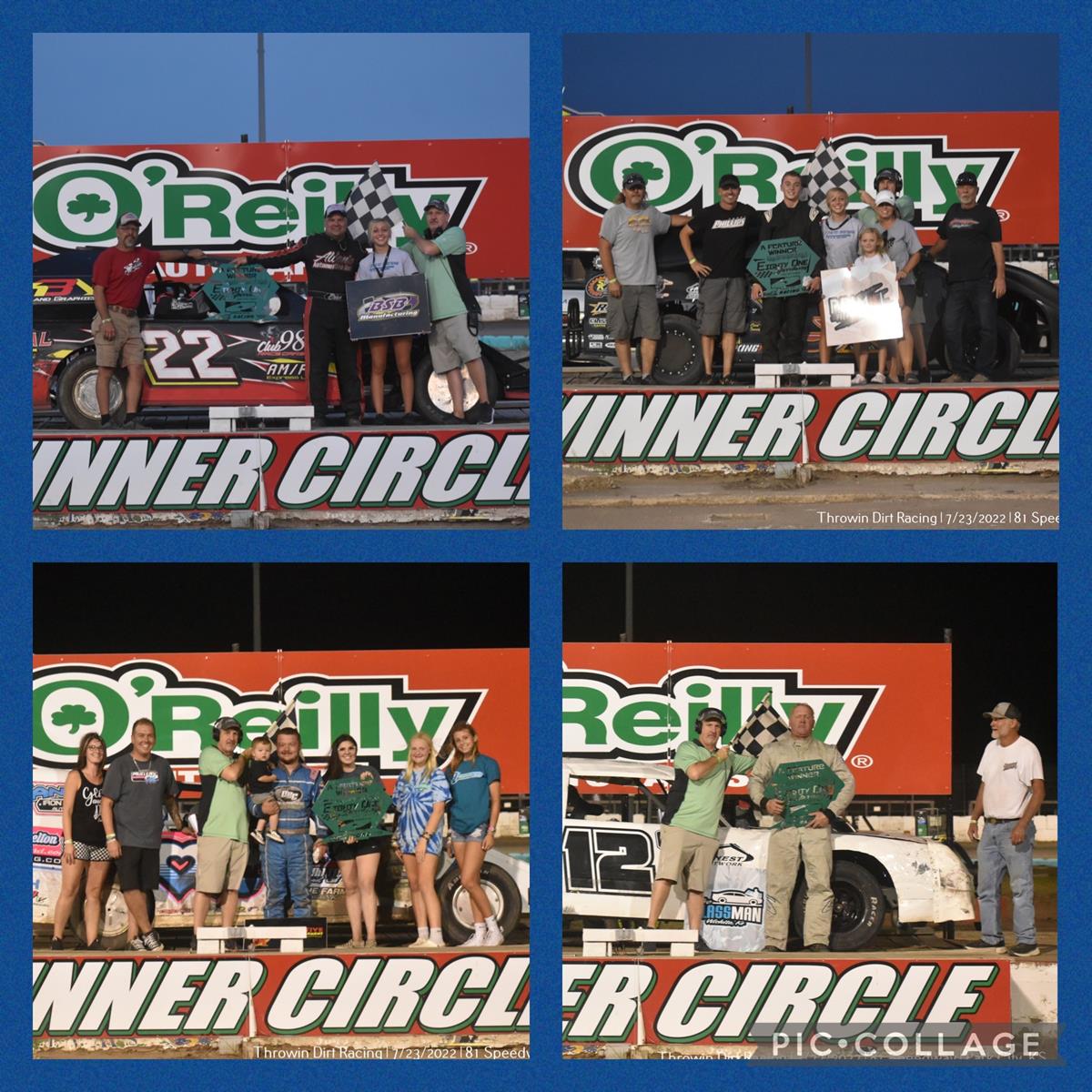 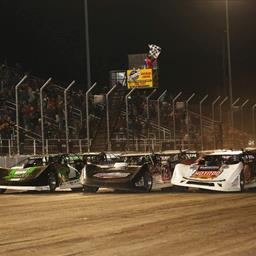 Too Hot to Handle.., Not for McGowen, Reimer, Mullens, Smith

On what was one of the hottest nights on record for 81 Speedway did not stop the crowd from filling the stands for great racing action.
Wix Filters-Bumper to Bumper and Park City Merchant night did not disappoint, we want to thank Stu and his entire crew for the ongoing support of 81 Speedway and what looked like a good time in the pavilion prior to the races, got even better as cars took to the 3/8 oval racing surface.
Starting the show was the ultra competitive USRA BSB B-mod division where Tyler Kidwell headed out to an early lead, only to succumb to debris on the track that ended his night. Given the 1 spot on the restart Multi-time past winner Brian McGowen wasted no time to stretch out his lead to take home the iron again, Gabe Hodges finished in 2nd, and Travis Johnson getting the bronze.
Next Up in what was the cleanest race all night, Our Primal Jerky Mini Stocks went caution free. The Flying Mullet Gratton Dalton was up front early and led the first 8 laps but with poise and patience Jayce Reimer waited for him to make a mistake and when Dalton barely bobbled in turns 3-4 Reimer capitalized by passing him and went on to win his 3rd in a row at 81 speedway! The ever strong Dalton 2nd and with a solid finish David Bice grabbed 3rd.
The Heat of the night was cranked up even higher as the Alternative Pest Management USRA A-modifieds took the Green. The race started with hometown favorite Tanner Mullens dominating the race from the pole leaving in his wake a great battle. Track point leader Tad Davis starting 5th fought thru to get another Solid 2nd place finish. Taking home 3rd was hard charging Tyler Davis.
Last up was (my favorite) The HeyGlassman Stock cars. The race was exciting from the start, Track Champ Clint Smith led early but was often challenged by Bad Beau Davis and the (so far this year unlucky) Joey Richmond. They finished just like that 1-2-3 but the racing action right behind was intense as Chris Holle, Robert Foster and Aaron Esparza all were fighting for the same spot with 3 laps to go. Holle starting 23rd officially drove up to 4th, and Esparza grabs his first top 5 in a stock car.
We want to again thank Park City, Bumper to Bumper, Wix Filters, The vendors in the concourse, all the fans, crews, drivers, and staff that braved the 108° heat! Until Next Time….Stay Cool