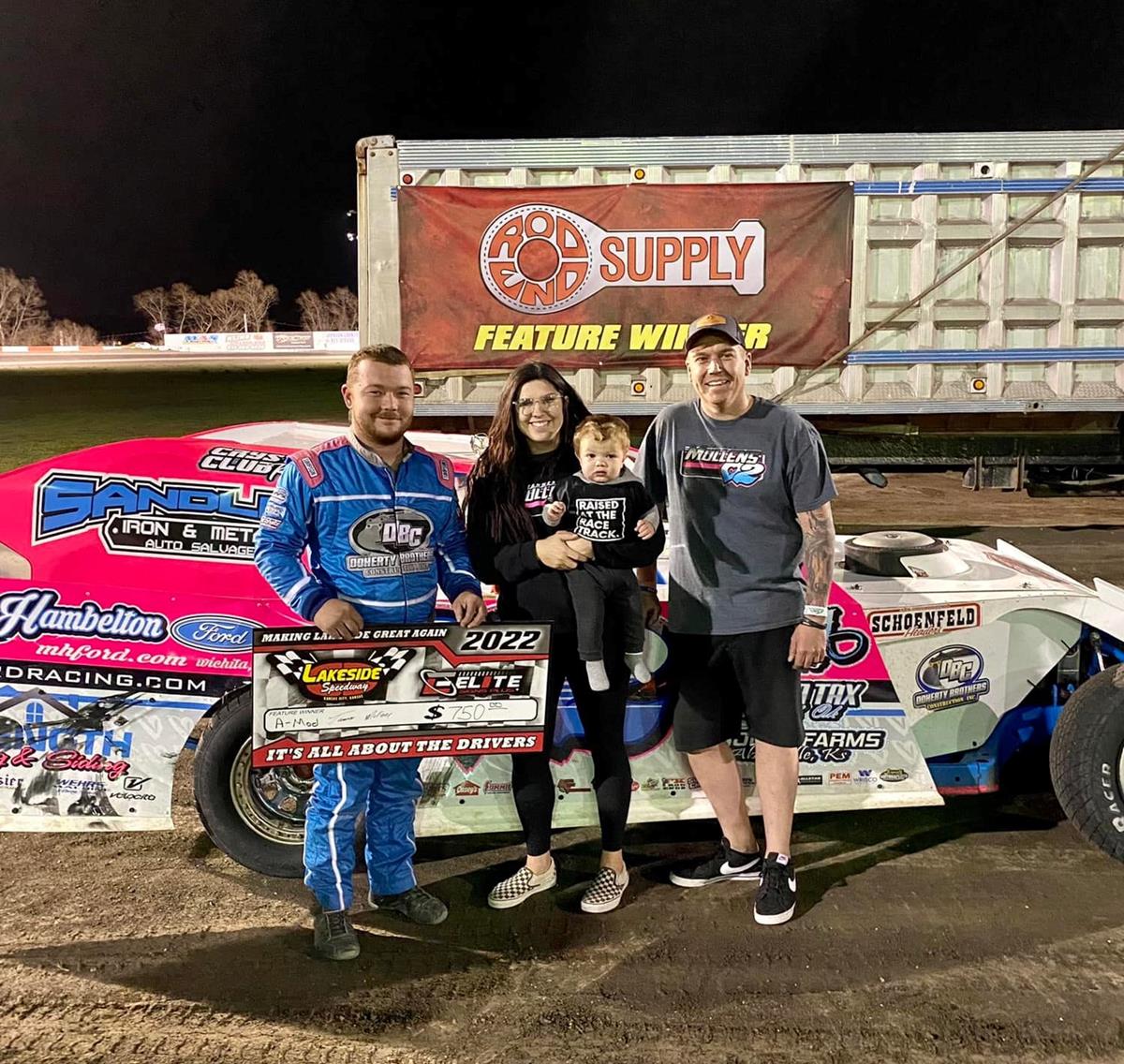 Tanner Mullens continued his winning ways over the weekend with another trip to the Winner’s Circle in his Mel Hambelton Ford No. 02 Sandlian Iron & Metal / Mullens Race Car / Mullens Racing Engine Modified.

“Friday night was a great win for our team. Anytime you roll into that Kansas City area you know you are headed into a hornet’s nest because there’s so many great racers around there, so any win I can get there is special,” Mullens said. “On Saturday night, the flat tire blues got us, but overall, it was still a great weekend for us. Now, we are gearing up for a big three-race USRA weekend.

“Thank you as always to each-and-every person who supports our team.”

Tanner Mullens returned to the driver’s seat of his Mel Hambleton Ford No. 02 Modified on Friday afternoon at Lakeside Speedway (Kansas City, Kan.) for the regular night of racing.

With a sixth-to-second charge in his heat race placing him on the pole for the opening night feature, Mullens rolled to his fourth win of the season ahead of Nic Bidinger, Austin Siebert, Darron Fuqua, and Tyler Hibner.

On Saturday at 81 Speedway (Park City, Kan.), Tanner outran Ryan McAninch in his heat to pick up the eight-lap victory. Starting the feature in fifth, Mullens cut down a right-rear tire while running third that brought an early end to his night.

The upcoming weekend – April 29-May 1 – will take Tanner Mullens Racing to Minnesota, Wisconsin, and Iowa for a trio of USRA Modified events. Action opens on Friday at Mississippi Thunder Speedway (Fountain City, Wis.) before shifting to Deer Creek Speedway (Spring Valley, Minn.) on Saturday. The extended racing weekend draws to a close on Sunday at Mason City (Iowa) Motor Speedway.